In the region of Andalucía, towns and cities will explode with activity during Semana Santa (Holy Week) which falls this year between the 20-27th of March. Processions of elaborately decorated ‘tronos’ (floats) are prepared by civilians, artists, welders and sculptors in each region, weeks and sometimes months in advanced. The Spanish take great pride in their religious Easter celebrations and traditions and visiting the Costa del Sol during this time will give you a unique insight into the richness of Spanish culture. 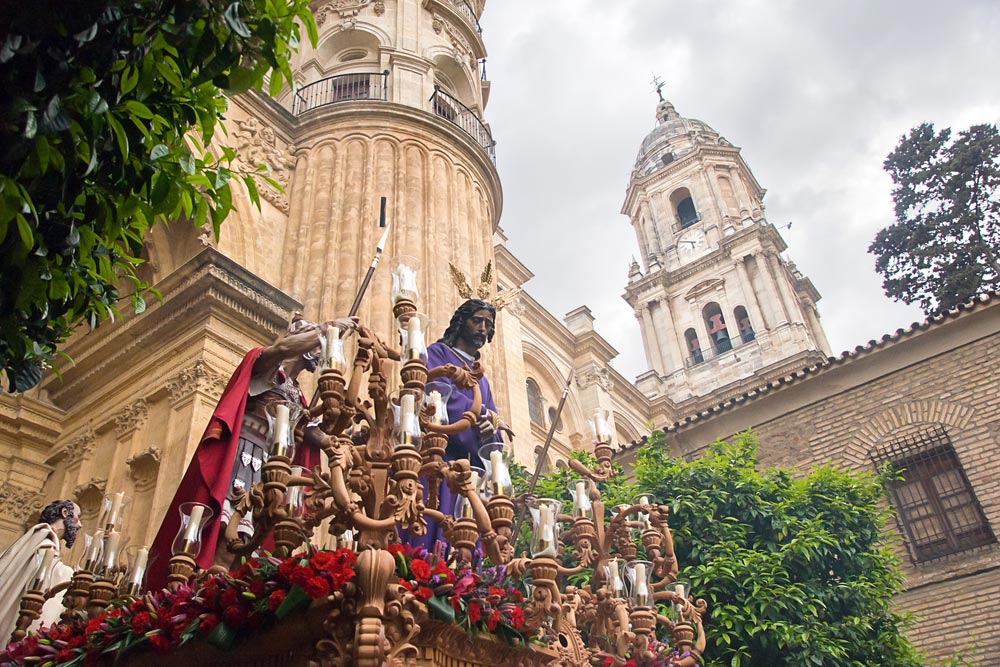 The Easter processions are some of the most deeply held traditions in Spain and are characterised by enormous floats decorated with Jesus and Mary statues, bejewelled virgins and elaborate flower arrangements that are carried slowly through the streets, from their parish churches to the cathedral and back. Shrill brass bands and solemn saetas (religious flamenco songs) accompany the men, painstakingly carrying the heavy floats (some of them weighing up to 5,000 kilos) while people line the streets in their best attire and watch them pass by.

The social rituals and gatherings that are put on display during Semana Santa in Andalucía are unique to Spain and can be a special experience for the whole family. While towns and villages of any size have their own celebrations, Malaga and Sevilla have some of the most elaborate and beautiful Easter processions in the country. From Holy Thursday to Easter Sunday, traffic is closed off in the city centres and the solemn processions take over the afternoons, scenting the air with a mixture of incense and orange blossom. The biggest star of the show are the Virgins of Macarena and Triana, both of which make their grand appearance at ‘La Madrugada’, the small hours of Good Friday.

Another important and sometimes haunting feature of Semana Santa, are the Nazarenos, men dressed in a traditional robe, cape and capirote, a type of conical hat that cover their faces. The Nazarenos usually walk in groups in front of the floats holding candles and incense. Amidst the solemn atmosphere, children are often seen trailing behind them playfully collecting falling melted wax and moulding them into little balls.

While the Easter processions can be solemn and demand a lot of respect from onlookers, Semana Santa in Malaga especially is known for celebrations that are full of happiness, noise, cheer and applauses. Easter week is also largely characterized by blazing sunshine and blue skies, and family and friends all along the coastline will gather to take part in the processions.